The city of Exeter, California has scenic beauty, a thriving business community and a population who take great pride in the town’s heritage, quality housing, good schools and a very low incidence of crime.

Before the coming of the European settlers, the area that is now Exeter was part of a vast plain where elk, antelope and deer grazed and spring wildflowers bloomed in profusion.  Native American Indians made their homes in the oak forest two miles north of the present town.

In 1888, as the railroad carved its way through the southern San Joaquin valley, towns grew up along its route.  D.W. Parkhurst, representing the Southern Pacific Railroad, bought land from John Firebaugh, an early settler, and the town of Exeter was born, named after Parkhurst’s native Exeter, England. 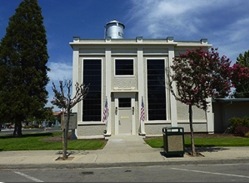 The development of water resources and the planting of fruit trees and vines brought growth to the little community.  The first school was built in 1897, the high school district was organized in 1908, and the residents voted to incorporate in 1911.  Cattle ranching was an integral part of Exeter’s history.  The Gill Cattle Company of Exeter was established in the late 1800’s and is still in operation.  Once the largest cattle ranching business in the United States, the company owned and leased more than six million acres of land in nine western states.

Boasting the finest navel oranges in the world, Exeter, California, has a rich agricultural heritage built on a hundred years of American tradition.  Exeter is known for growing the sweetest oranges in the world and as the “Citrus Capital of the World”. 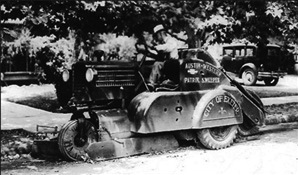 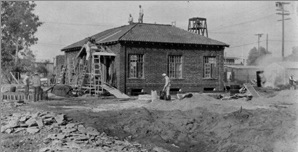 In 2011 Exeter paused to celebrate 100 years as an incorporated city.   A number of special events occurred throughout the year, including the planting of a Centennial Time Capsule, a Centennial parade, and a full day of activities in City Park culminating in a concert by the Sons of the San Joaquin.   Throughout the remainder of the year, additional Centennial-themed events took place to celebrate Exeter’s 100th birthday.

To find out more about the City of Exeter and our services, the following locations may be helpful:

The city of Exeter has more than 9,000 residents and is known for its beautiful murals adorning the downtown area.