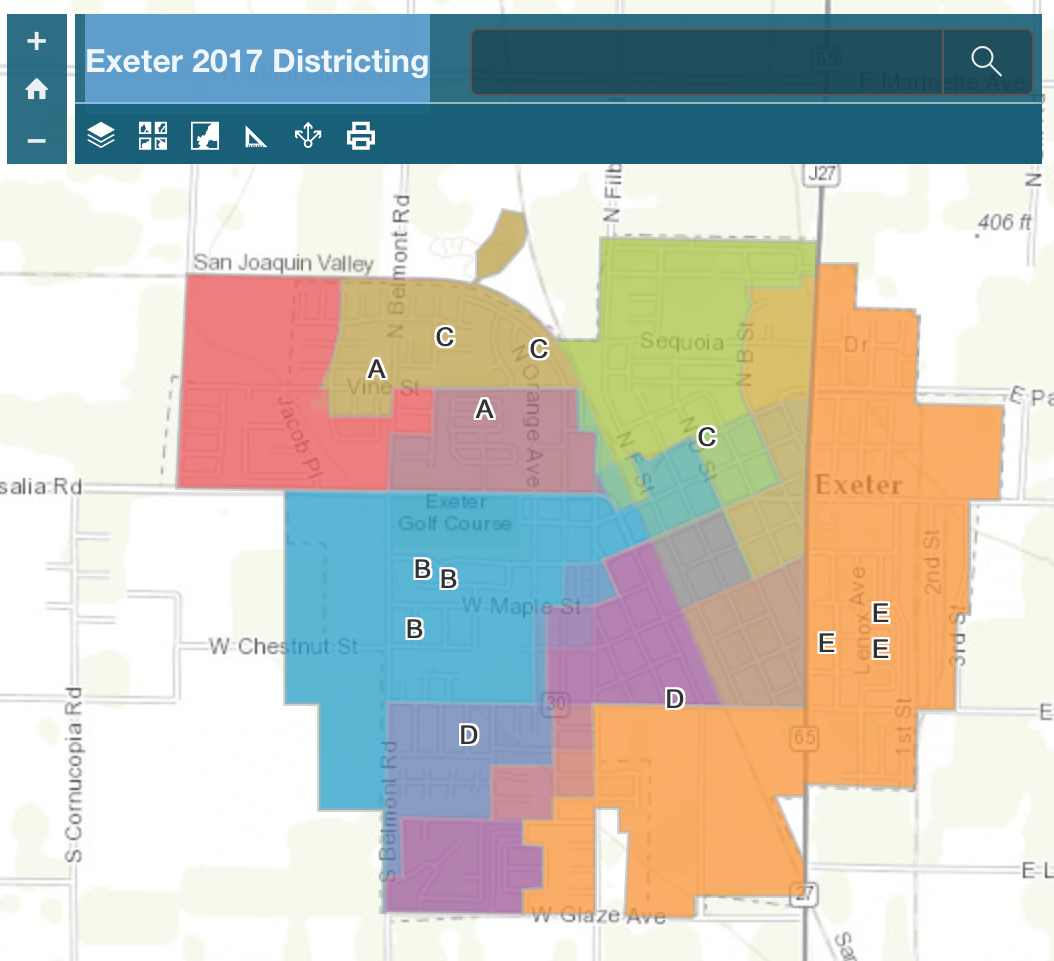 The City of Exeter is seeking public comment on the Districting of City Council seats. To review the maps, you can download PDF files of the maps (links are below) or you can look at the interactive online version.

There are three options available:

Green: Downtown and east of Kaweah Avenue are each united in their own (separate) districts (B and E, respectively); the west side of town is drawn into reasonably compact districts; all five districts touch on the railroad corridor; District D keeps the heavily Latino area southwest of downtown united;

Yellow: Instead of uniting downtown, this map gives each of 4 districts a piece of downtown; unites the ‘east of Kaweah’ area in District E; keeps the heavily Latino area southwest of downtown united; all 5 districts touch the railroad corridor;

Tan: This map is much more compact and uses the railroad corridor as a border; D again keeps the heavily Latino neighborhood united; and east of Kaweah remains united in E, while downtown is entirely in District C.

You can download the PDFs of the proposed districts, here.